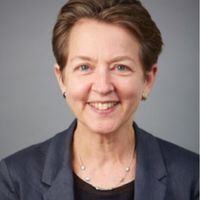 As a result of the Regulations, CIMA now has authority to issue breach notices for a multiplicity of laws and rules, and a much broader authority to impose discretionary fines than previously.

The Regulations provide a clear guide to those working in the financial services industry, by identifying the obligations to be fulfilled, the conduct that is sanctionable, and the person to whom a sanction applies in the event of breach. In addition, each breach is categorised according to its severity: minor, serious or very serious, with any resulting fine calculated according to these categories.

As is the case in many common law jurisdictions, the administrative sanctions are in addition to any other sanction that the law already provides, such as civil or criminal penalties.

In addition, CIMA acquired further powers in early July when the legislature aligned the fitness and propriety provisions of the Companies Law with other regulatory laws. As a result of these amendments, CIMA will now be able to take action on the basis that a director is not fit and proper or the management and direction of a company is not being conducted in a fit and proper manner. Previously, its powers were more limited.

Changes on the horizon for the British Virgin Islands
Sara Hall

Constitutional changes on the horizon in the Cayman Islands
Sara Hall