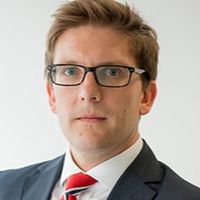 The first of the Covid-19 cases are starting to trickle through the Jersey Employment and Discrimination Tribunal. In this case, the issue was whether an employer could rely on a lay-off provision that was in their handbook.

So what are the key facts? Firstly the employer had a lay-off provision. At the start of the pandemic this was one of the first issues we were seeing. It was and still is relatively unusual for employers to have express lay-off provisions within their contracts, but we are increasingly including these terms in new contracts.

The tribunal looked at matters objectively - which is consistent with the current approach of the Royal Court - and held that the lay-off clause was incorporated into the contract of employment. The employer could therefore rely on it for the periods when the employee was placed on furlough earlier in the year.

So what are the key points:

1) You can include terms in a handbook, but they must be labelled as contractual and the contract must refer to those sections. If the lay-off provision had been in the non-contractual section it would not have been enforced;

2) Ordinarily employees need to see the handbook before they sign the contract;

3) Lay-off provisions if included in a contract can be upheld up by the tribunal to avoid a breach of contract claim if businesses have to temporarily lay-off their staff; and

4) The Tribunal indicated that it would have liked a clause such as this, which is quite onerous, to be clearly pointed out to employees, so they know what they are agreeing to.

I consider that in these circumstances a reasonable person would consider that the clause has been incorporated into the Claimants contract, in light of the signposting of the contractual effect of that part of the handbook, and the Claimant’s assent.

Paid vaccine breaks - are they required in Jersey?
Daniel Read

What's the difference between PILON and summary dismissal?
Daniel Read