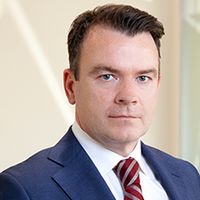 The European Commission’s consultation on the review of the Alternative Investment Fund Managers Directive (“AIFMD”) (the “Consultation”) closed on 29 January 2021. Launched in October 2020, the Consultation sought feedback from industry stakeholders on various aspects of the operation of the AIFMD.

The Consultation included more than 100 questions broken out among the following headline topics:

Broadly speaking, most respondents appear comfortable with how AIFMD is operating. In fact, it appears there is a strong preference from industry that the European Commission leave well enough alone when it comes to AIFMD; with most respondents being of the view that the legislation is currently functioning well.

Looking at some of the feedback from Irish respondents, Irish Funds was eager to point out that wholesale changes to the AIFMD were not necessary and offered in its response that industry participants are labouring under a degree of regulatory exhaustion given the recent impacts of (among other matters) Brexit and the Sustainable Finance Disclosures Regulation.

Matters such as the AIFMD passport were noted by Irish Funds to be effective but that more harmonisation as between EU member states was needed, particularly in relation to diverging approaches to fees and reporting amongst member states. In relation to questions regarding more alignment between MiFID and AIFMD, Irish Funds cautioned that any changes should respect the different business models employed by AIFMs and MiFID firms, respectively. For AIFMs with MiFID top-up permissions, the view from Irish Funds was that the AIFMD could be updated to clarify capital requirements applicable to those entities. There was also support for developing a larger retail base for AIFs in the EU but not to the extent that might result in the cannibalisation of the UCITS regime and some suggestions were offered on how that might be avoided. The Irish Funds response also included suggested clarifications on the rules that apply to depositaries and their interaction with tri-party collateral managers, a balanced view of the pros and cons of introducing a depositary passport under AIFMD, commentary on the adequacy of the existing AIFMD valuation rules (which were deemed adequate), comprehensively endorsing the existing rules in relation to delegation under AIFMD (including delegation to third country entities) and emphasising the importance of being in a position to leverage the particular expertise of third country firms by ensuring delegation rules are not unnecessarily restrictive. There was also support for tweaking the AIFMD remuneration rules to introduce de minimus thresholds, maintaining Annex IV reporting as-is and an endorsement of the methodology around the calculation of leverage.

The Central Bank of Ireland ("Central Bank") also issued a response to the Consultation. This response focused on the functioning of the AIFMD regulatory framework, investor protection issues, the international context, financial stability, ESG sustainability and other matters relating to the centralisation of some regulatory functions in supra-national institutions (like ESMA). Perhaps the most interesting aspects of the Central Bank’s response to the Consultation relate to the international context. Here, the Central Bank offered a set of three principles that should apply in terms of allowing third country firms access to the EU market. These were, in summary: (i) services provided by third country firms in the EU must align with EU norms and standards (ii) entities authorised in the EU must be demonstrably run and managed from the EU and be subject to effective supervision and (iii) EU financial stability must be fully secured. On delegation, the Central Bank echoed some of the sentiments seen in the Irish Funds response and emphasised that third country delegates can bring substantial benefits for market participants and investors alike. The Central Bank believes that the robust supervision of fund management companies is a key element in ensuring consistent standards are applied in respect of resourcing and delegation arrangements at AIFMs. While it should be noted this was not necessarily a sentiment universally shared by all respondents, it seems encouraging that the Irish regulator is of the view that resourcing and delegation models used by AIFMs should be as permissive as possible to facilitate maximum flexibility, while subject to appropriate risk management and oversight.

With the Consultation now closed, the expectation is that legislative proposals on AIFMD 2 will arrive before the end of 2021, a fact confirmed by Commissioner Mairead McGuinness in her speech delivered at the Irish Funds Annual Conference on 20 May 2021. We will continue to monitor developments and provide a further update later this year. 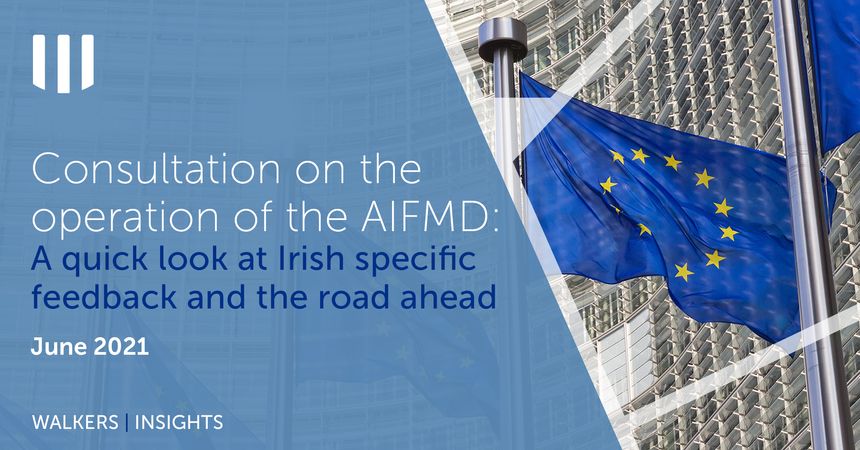 The Legal Right to be Boring
Daniel Read